This is a list of my top 10 favourite series as of right now (March 2016). This list will more than likely change over time so I will do an updated list in the future. All the series on this list I have finished or I have read all the books that are currently out. It's list is in no particular order because it's to difficult to put them in an order, I love them all. I have read every book on this list multiple times!
(Also I've added links to Goodreads for the first book in the series in case you want to add them to your ever growing TBR.)


1. Percy Jackson and The Olympians by Rick Riordan

This is a given since Percy Jackson is probably my favorite character of all time. This series is just so much fun. It's a hilarious, action packed middle grade story that everyone will love regardless of how old they are. I learned so much about Greek Mythology from this series.
Book 1: The Lightning Thief

3. The Infernal Devices by Cassandra Clare 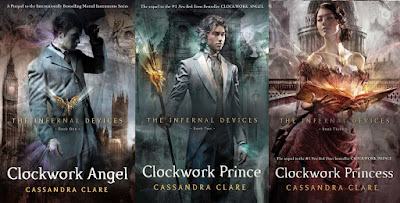 My favourite trilogy of all time.I love the shadowhunter universe so it's no wonder The Infernal Devices is on my list. If you have tried to get into Cassandra Clare's other shadowhunter series but didn't like it try this one. Personally I think this trilogy is her best work to date. It has the best love triangle I've ever read. It's such an emotional series had me sobbing at some points and laughing so hard I couldn't breathe at other. Clockwork Princess is one of the best finales I've ever read!
Book 1: Clockwork Angel

The word I use to describe this series is 'epic'. I loved book 1 but I know people have trouble getting into this series so push through book 1 and I promise you won't regret it. This one of those series that gets better with each book. It's full of badass characters that will steal your heart. The Assassins Blade is a bind up of prequel novellas. Personally I read it before reading Throne of Glass but it doesn't matter when you read it but I'd recommend you read it before reading Queen of Shadows!
Book 1: Throne of Glass

5. The Lunar Chronicles by Marissa Meyer

The Lunar Chronicles is perfect for those who love fairytales and Disney movies. It's so much fun seeing the stories we know and love spun in such a creative way.This is a scifi, dystopian that has so many adorable ships it's ridiculous. its impossible to pick a favourite
Book 1: Cinder

6.  The Hunger Games by Suzanne Collins 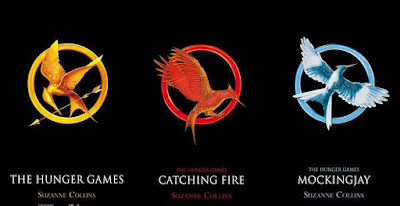 The Hunger Games is on my list because it holds a special place in my heart; it was the first YA book I ever read and it sparked my love for reading. Since picking it up back in 2012 I haven't stopped reading.
Book 1: The Hunger Games

Vampire Academy and Bloodlines are amazing books, don't let the awful covers put you off. Trust me both series are full of badass and hilarious characters. Book 1 isn't the best but after that it gets so good; especially the spin off series.
Book 1 of Vampire Academy: Vampire Academy

8.  The Mortal Instruments by Cassandra Clare

The Mortal Instruments was one of the first big series I ever read. I love this series because it introduced me to fandom and ships and all that other fun stuff. Plus it's special to me because my sister and I read them together. I love the characters in this series so much; I don't even know how many times I've reread the books, at one point thy were all I read for months.
Book 1: City of Bones 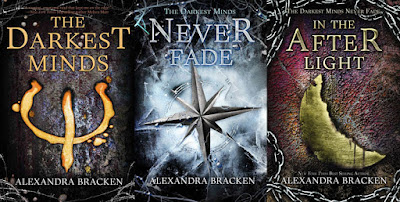 This series made the list because it has characters I love. That's really the only reason. Ruby and the gang are all favourites of mine. I could read books about them forever.
Book 1: The Darkest Minds

10. The Heroes of Olympus by Rick Riordan

Heroes Of Olympus is the spin off series of Percy Jackson and The Olympians. The main characters are older so the series is aimed more at a YA audience. It's hilarious and action packed like all of Riordan's books.
Book 1: The Lost Hero
Posted by Aideen at 22:34