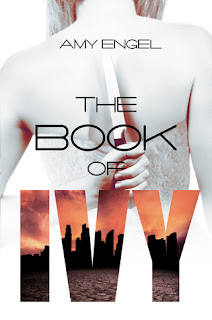 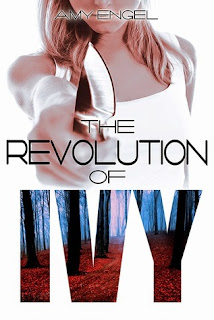 Series: The Book of Ivy Duology

Goodreads summary of The Book of Ivy:
After a brutal nuclear war, the United States was left decimated. A small group of survivors eventually banded together, but only after more conflict over which family would govern the new nation. The Westfalls lost. Fifty years later, peace and control are maintained by marrying the daughters of the losing side to the sons of the winning group in a yearly ritual.

This year, it is my turn.

My name is Ivy Westfall, and my mission is simple: to kill the president’s son—my soon-to-be husband—and restore the Westfall family to power.

But Bishop Lattimer is either a very skilled actor or he’s not the cruel, heartless boy my family warned me to expect. He might even be the one person in this world who truly understands me. But there is no escape from my fate. I am the only one who can restore the Westfall legacy.

Because Bishop must die. And I must be the one to kill him…

My thoughts: ( spoiler free):
(Sorry this is so short but it's the holidays and I don't have much time but I wanted to review these books while they were fresh in my mind!)

I haven't hear much about these books which is crazy because they're really really good. Well I think so anyway!

I have not read a dystopian in ages and this is just what I needed to get me back into him the genre. If your sick of drawn out trilogy's than this duology is for you. It's such an easy read that captivated me from the first page. I read them each in a sitting! I think the two books could have been one they were so short. I preferred the first book but really enjoyed both.

My favourite character was definitely Bishop, the presidents son. I loved any scene with Bishop. He is such a kind, supportive, caring person. Bishop is literally the perfect guy. But I really wanted to see some flaws to make him seem more realistic. I also like him because he really helped Ivy to grow as a character.

Ivy's character development over the two books was perfectly paced. She isn't badass like some dystopian protagonists but she is still a very fun character to read about. My only problem with Ivy was I didn't agree with all of her decisions and at time she could be very outspoken and reckless.

Bishop and Ivy's relationship was great. I was so happy that there wasn't any intalove. And because there was no love triangle to make everything more complicated we could focus more time on developing their relationship.

The world building was good. The history of Westfall is explained very clearly in the first book. The world outside Westfall was explored more in the second book which I was very excited to learn about. The world building is simple but enough information was given to satisfy me.

There's nothing complicated or overly complex and that's what I loved about Ivy's story. Engel manages to engage readers without boring them with lengthy paragraphs of explanation that usually confuses readers. Her writing is simple and effective.